I have been trying to fix a bug in my code which I was writing to implement a new feature in PayPal/Butterfly. I have written about the bug here.

I have finally uncovered the cause of the problem and it was a silly one. To quickly recap, I was implementing Log4j2 as logging framework and there I was using System.setOut() method to assign File object as standard output. So, when I write System.out.println(), in stead of printing to console, it will print in the file. The problem was that the output was not going to the file. Log4j2 has a specific attribute for ConsoleAppender to activate reassignment of standard output. It is called follow. Following screenshot taken from documentation.

I never noticed it in the documentation and spent many hours trying different things. After the fix the code looks like below-

Now, all the tests are passing. 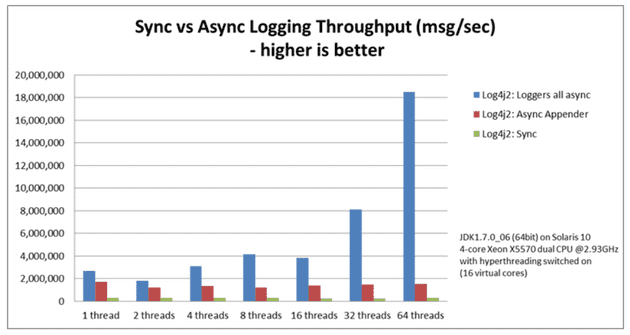 So, next I needed to configure the loggers for asynchronous logging. I followed the documentation and my configuration looks like below-

I used <AsyncRoot> and <AsyncLogger> to declare the loggers as asynchronous. Log4j2 accepts a system property log4j2.contextSelector=org.apache.logging.log4j.core.async.AsyncLoggerContextSelector to make all the loggers asynchronous. For the asynchronous loggers to work, I had to add a new dependency LMAX Disruptor. This one is high performance inter-thread messaging library which uses lock-free inter-thread communication instead of queues. I need to know more about it. So, that was all for configuring async logger. Time to test.

When I ran the tests, four test cases were failing. Not again!!

Next, I organized my commits using git rebase and created a pull request. All checks of TravisCI passed. Now waiting for the maintainer to review my code and do any modification he asks.